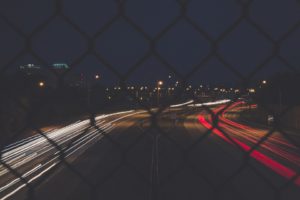 Traffic is one of the problems of every city. How do they manage it? Well, they put up traffic signals to control the traffic and to ensure a smooth running flow. In the United States, there are more than 310, 000 traffic signals – a huge part of which are traffic lights. Although we know what those lights mean, some are still unaware and do the opposite of its essence. But let me ask you this: how did we know the meanings of those lights? Like Green for GO and Red for STOP? Does it have a background story? Furthermore, what made them decide on these?

If you want to know why and how they came up with this, prepare yourself.

So how did traffic lights come to play?

Believe it or not, horse-carriages were allowed and directed in major cities in the early 1800s.

To start, what was it like without traffic signals? Well, it was a massacre. Drivers going to different directions with no clear path on where they would go.

Police directed horse-carriages and other vehicles in major cities. This worked well but the people and authorities demanded better and clearer signals to prevent accidents and misunderstandings. John Peake Kinght, an engineer, had an idea that he proposed to the commissioner of the city’s Metropolitan Police in 1865. The engineer pointed out that trains have a semaphore system. It is a system that contains signals that is either a raised or an angled arm that could tell navigators/conductors that a certain path is clear. He said that this system could be used in roads; this was first installed in 1868.

This system was efficient during the day. However, it was almost useless at night. Having this situation, Knight came up with another suggestion: use red and green lights powered by gas. At first, police officers and enforcers operated these traffic signals by hand.

It had worked well at a single intersection but an incident in 1868 put a stop to this. A gas leaked and this caused explosion which injured the officer working on the lights.

In the U.S, railroad began using lights powered by electricity to indicate direction. In addition, they had three (3) lights: RED, GREEN, and WHITE.

In this model, the color GREEN signaled “caution,” while the WHITE signaled “all clear.” It worked at times however, train conductors frequently had a hard time determining the color of the light which caused confusion and eventually, disaster.

This is when they started using the green light to signal “GO.”

To add to this, they included the “yellow light” which indicated “caution.” These new signals worked extremely well and efficient. However, this system only operator on railroads NOT on the public roads.

In 1914, in the city of Cleveland in the United States, they tried to have a traffic system similar to what London had but instead of using gas, they used electricity. And in 1920, a Detroit police officer William Potts introduced the three-color signal inspired from the RED, YELLOW, and GREEN lights of the trains.

In 1922 in the city of Houston, they added the very first automatic timers to the traffic lights which then later spread out to the country. This strategy saved them a lot of money. In estimation, the city of New York saved around $12.5 million by utilizing their traffic cops to a different assignment.

So the big question is, why does the RED color mean “stop,” while the GREEN color mean “GO?”

As discussed earlier, the first traffic lights needed to use colors that are clearly visible from a long distance and in darkness. The red light was an easy and an efficient choice. For years now, humans are used to associating the red light to danger. This painted the reason why it meant stop. One evidence of this is in the 19th century when ships used “red flags” to communicate that they were carrying explosives.

On the contrary, the green color eventually meant “go,” but that took effort from public safety officials because of it’s shade. A certain engineer wrote a description of the kid’s game “red light, green light.”

So today, these are what drivers and people are aware of. However, these three traffic lights are not uniform. Their order can vary from city to city. Contrary to the infamous story we believe, the order of these lights are not entirely for people who are colorblind; this uniformity was created so that drivers can easily navigate and have direction on the road.