Have you ever watched a movie where locks on doors are automatically opened when someone goes near it or places their arms near the lock? Futuristic right? Well now its reality and is being implemented and tested out by thousands of people in Sweden. 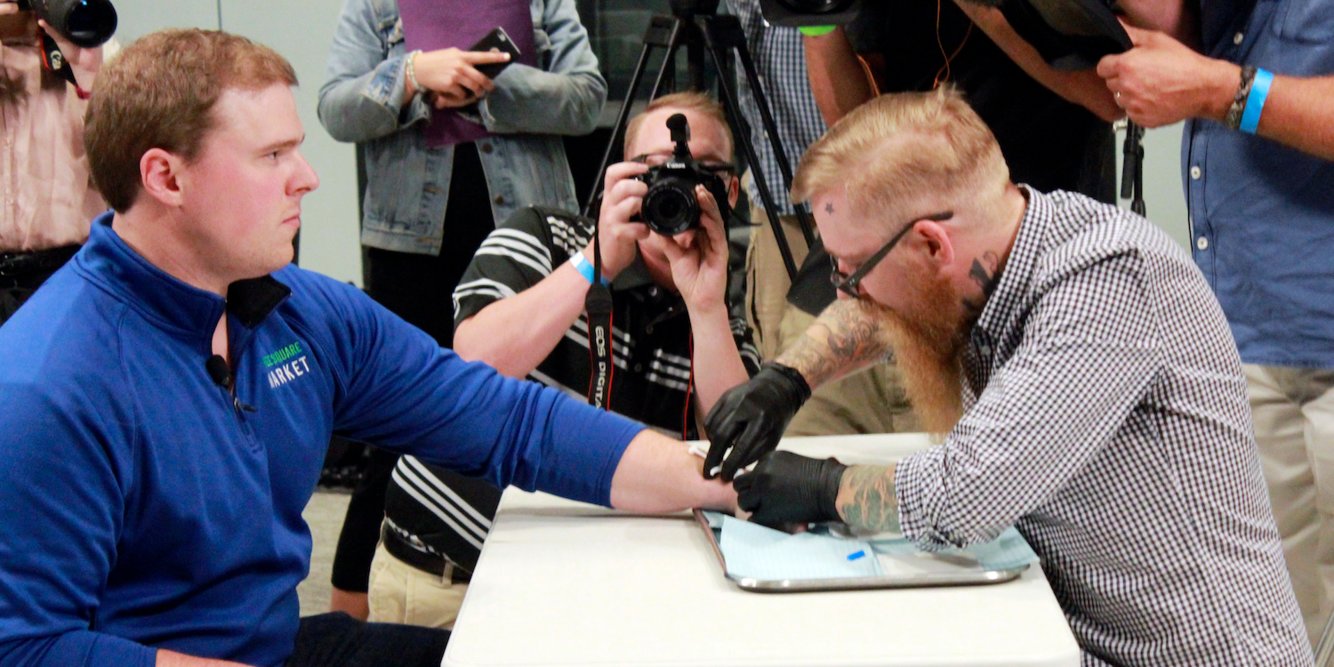 As per Agence France-Presse, an international news agency headquartered in Paris, about 3,000 people in Sweden had a microchip injected into them. It serves the purpose of replacing key cards, ID’s and train tickets.

As per those who invented the chip, it could also be used as a contact-less credit card, but currently, nobody has tested it yet so we might need to wait a little more time to see how they will implement it, but this advancement definitely helps in making the lives of these people easier removing the needs of physical keys and cards.

But how does it work?

For starters, we’ll tell you what a microchip is and discuss how this will be effective in the plans of Science.

Read: Excessive Gadget Use of Today’s Generation – Might Be Dangerous For Your Children

What is a microchip?

microchip is a dramatically tiny packaged computer circuitry. This tiny thing has the capability of storing information and interacting with different pieces of technology easily and effortlessly.

The chip that they are injecting right now would basically act as if it was a radio. If it is placed near a lock, it will then immediately send the information the chip has unto the lock. Then the information is authenticated and checked by the lock; if it matches the one that it has, then the lock will be triggered and it will be opened.

How does it feel to have a chip implanted?

Well, we actually cannot tell because we haven’t experienced being implanted a chip before. However, people who underwent the experience were not shy in sharing what they felt.

According to those who had the chip embedded, they said that the pain they experienced was similar to getting a piercing. Since it involves a syringe injecting the chip into their hand, it would really feel like it’s going to be just regular piercing. Furthermore, they said that they only felt like a slight sting to the specific area in the body where the chip was placed. .

Health wise, a microbiologist of MAX IV Laboratory in Sweden, Ben Libberton, said that these implants could cause infections or reactions in the body’s immune system. However, there is no single person who had the chip embedded into their body complain about an infection or a weird reaction in their bodies.

Biohacking, in simple terms, is the sheer modification of the body with technology making life simpler. A quick example of this is wearable techs such as the Apple Watch and Samsung Gear, but as time passes by, we’ll definitely see wearable techs be replaced by microchips that would be implanted as part of technology’s advancement.

Read: How Can You Tell If The Public Wi-Fi Is Safe From Hackers And Criminals?

So, if one day you see that a person is walking with a high-tech body part or a microchip embedded, do not be surprised. Imagine having your own personal technological gear installed in your body without any external sources? Yes, we are now becoming technologically monitored and this is not all too good because of the fact that we are slowly becoming robots of some sorts.

Approximately four years ago, a Swedish biohacking group called “Bionyfiken” started what they call “implant parties” –  they are groups of people who volunteered to have chips inserted in their hands.

Countries included in the said group were the US, UK France, Germany and Mexico.

One way that the chip was used by Three Square Market – a Wisconsin vending-machine company – allowed employees to buy snacks, log in to computers and allow them to use the company photocopier. So, they did not need money to purchase these things anymore since they already had the chip, the machines recognized that they are a real part of the institution and therefore, they will be given privileges in purchasing these.

Why is Sweden the country to try and pursue this?

Among all other nations who were given an opportunity for this type of technology, people from Sweden were more willing to try it. Most of the population is willing to share their personal data to be embedded into chips such as those recorded by their country’s social security system.

Hannes Sjoblad, Bionyfiken’s founder once told Tech Insider that the next big thing in the world of Science is the human body. He believes that having technology inside the body is better and more efficient than carrying smartphones and watches.

The human body is the next big platform. The connected body is already a phenomena. And this implant is just a part of it. We are updating our bodies with technology on a large scale already with wearables and those gadgets. But all of the wearables we wear today will be implantable in five (5) to ten (10) years. Who wants to carry a clumsy smartphone or smartwatch when you can have it in your fingernail? I think that is the direction where it is heading.”

Read: Facebook Has A Secret File That Contains A Lot Of Information About You And Here’s How You Can View It

Short statements by Hannes, but these are facts and is the ongoing trend when it comes to technology. What his projection is that he thinks that it’s going to be better to have technology embedded in the bodies instead of it being carried around.

What are the downsides though?

Almost all of us are aware of attacks known as “Hacking”. Well, if you’re not aware, it is the gaining of unauthorized access to data that belongs to someone else. Similar to computers, these chips, most likely, would be susceptible to hacking, but currently, many of the makers believe that the chip’s technology is advanced enough to be hacked and with low quantities of chips that are being used right now, this lowers the chances of these chips being hacked.

So what do you think about this piece of technology? If you were given an opportunity to try this, would you volunteer to have a microchip be embedded into you? Do you think it could replace the wearable tech and physical cards right now or would you rather prefer the old way? Would it be safe for your own corporate and personal data to just be attached to your bodies without any technological security?