In basic Science, fossils are taught to us with emphasis and importance.  To give you a refresher, fossils are the preserved remnants or traces of animals, plants, and other organisms from the remote past.  Fossil found are like gold mines in the field of Archaeology.  Why?  Because they are like ancient artifacts that dwelled in this planet first.

For such remains to be considered fossils, they have to be over 10,000 years old.

There are two main types of fossils:

As for the Dinosaurs who ruled the earth for hundreds of millions of years and all of a sudden disappeared, the question remains – Where did they go?

An impressive image of a dinosaur went viral this weekend after National Geographic publicized the 110-million-year-old heavily armored plant-eater dinosaur.  A newfound species of nodosaur whose superb remains are now in the Royal Tyrrell Museum in Alberta, Canada.

It was March 21, 2011 when Shawn Funk, a heavy-equipment operator was carving his way through the earth.

That day had started like any other day at the Millennium Mine.  In 12 years of digging, he had encountered fossilized wood and the occasional petrified tree stump, but never the remains of animals—and certainly no dinosaurs.

It was the only ancient life he regularly saw.  Later that day, Funk’s container clipped something much harder than the surrounding rock. Within minutes, Funk and his supervisor, Mike Gratton, began puzzling over the walnut brown rocks.  Still trying to find out if they were strips of fossilized wood, or if they were T-ribs.  They then turned over one of the lumps and revealed a bizarre pattern: row after row of sandy brown disks, each ringed in gunmetal gray stone.

“Right away, Mike was like, ‘We gotta get this checked out,’” Funk said in a 2011 interview. “It was definitely nothing we had ever seen before.”

What they have just digged were fossilized remains of a nodosaur that still has skin and other organic matter intact.  This is the best preserved fossil of its kind ever found.

For archeologists and paleontologists, discovering an almost complete set of dinosaur bones in a dig is considered a great find.  These remains, after being hidden for almost 110 million years, was only revealed to the world last May 12, 2017.

“The skin is made up of individual scales—kind of hexagonal or octagonal polygons, interspersed with osteoderms, which are body armor. What sets it apart from others is a layer of keratin—the same stuff your fingernails are made of.  That is almost never preserved,”  said by Caleb Brown, one of the paleontologists who has been studying the fossil since it was first unearthed back in 2011

Brown’s team can’t see the skeleton because its beneath is petrified dinosaur flesh. They are currently using CT scanning to examine the innards.

This fossil specimen was so well-preserved that patches of its skin, armor and even what archeologists speculate to be its last meal remained.  Brown added, “We might eventually be able to tell a bit about its internal organs, even its last meal.” 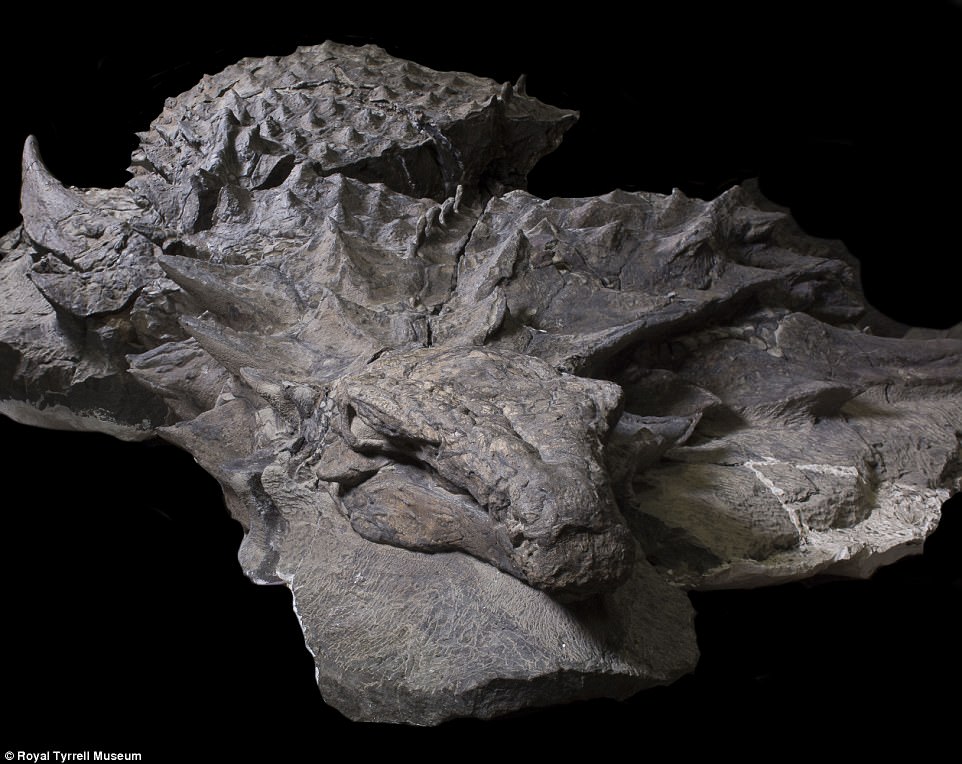 Most certainly, there are more out there, just like this one – the fossil found and one that was discovered by chance.  What do you think is the message or the lesson that Science wants us to pull out from this event?  Do you think there could be more?