In traveling, passports is one of the more serious and required documents you need to submit to prove that you are a legitimate citizen of that country. Many people do not really know and notice the color of their passports. To break your bubble of thought, there are only four colors of passports out of the staggering 195 countries we have. Why do you think this is so?

The Business Insider made an interview with Hrant Boghossian, the vice president of marketing at the interactive passport database Passport Index, explicating the significance of the world’s most popular passport colors.

He just explained why passports only come in shades of red, blue, green, and black. To some extent it is astounding since we never thought that passport color-coding follows no strict system of country categorization.

Red, Blue, Green, and Black are the only four primary passport colors in the world. Each country has its own motives for choosing one of these colors for the cover.

With so many countries, cultures, and traditions that shape the aesthetics of a nation, it’s surprising that the color wheel is so limited for passport covers, but there’s a reason behind the fact, and according to Boghossian, “Passport production is a highly controlled process, and only few companies around the world are doing it. The cardstock used for passport covers are usually supplied by a third party and therefore only comes in certain color variations to meet the required standards.”

This writing will give you an idea what these choices depend on. 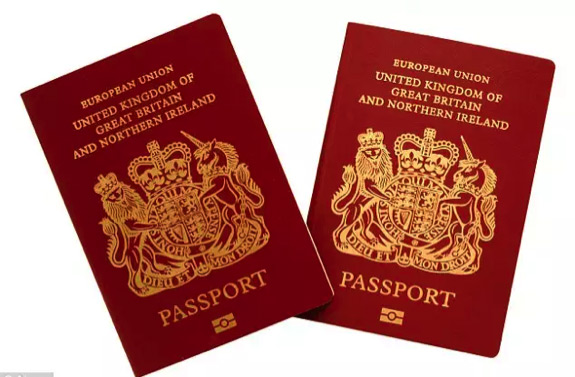 Passports with a red cover are often chosen by countries with a historical or current communist system. This is the most common color of countries Slovenia, China, Serbia, Russia, Latvia, Romania, Poland, and Georgia. EU passports come in dark burgundy and other countries that have expressed interest in joining the EU, such as Turkey, have swapped their colors to burgundy too. Other countries that are part of the Andean community, such as Ecuador, Colombia, and Bolivia, have burgundy passports as well. Swiss passports come in bright red which matches the country’s flag. 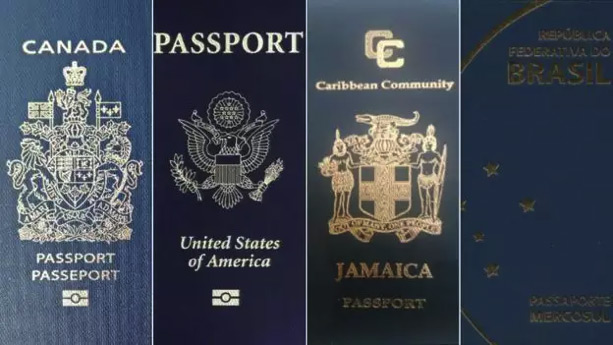 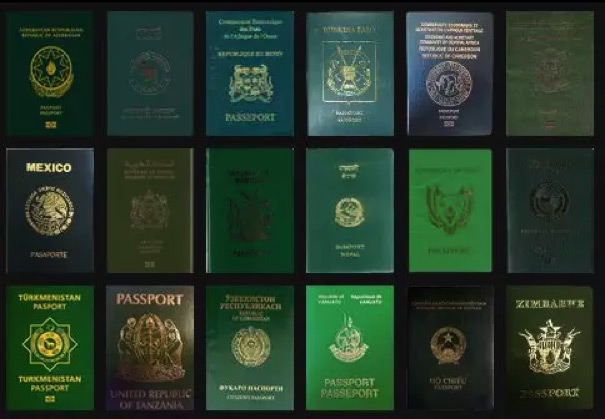 Green is the most familiar color of choice for Arab countries. Boghossian told Business Insider that “The most Islamic states use green passports because of the significance of the color green in their religion.” In addition to the fact that most countries in the Middle East hold different shades of green, countries from ECOWAS — Economic Community of West African States also share the same trait. Most Muslim countries have green passports and examples would include Morocco, Saudi Arabia, and Pakistan.

Green is considered to be the much-loved color of the Prophet Muhammad, and is a pictogram of nature and life. The citizens of several West African countries — for example, Burkina Faso, Nigeria, Niger, the Ivory Coast, and Senegal have also travel documents that are a variety of shades of green.

The passports with black covers are the most uncommon passport color schemes and are not as common as the brighter colors. But Black makes something look more a little bit serious and official. These can be found among the citizens of some African countries — Botswana, Zambia, Burundi, Gabon, Angola, Chad, Congo, Malawi and others. The cover of the passports of the Citizens of New Zealand also are all outfitted in black for the reason that black is the country’s national color.

The map below is painted according to the color of each country’s passport. 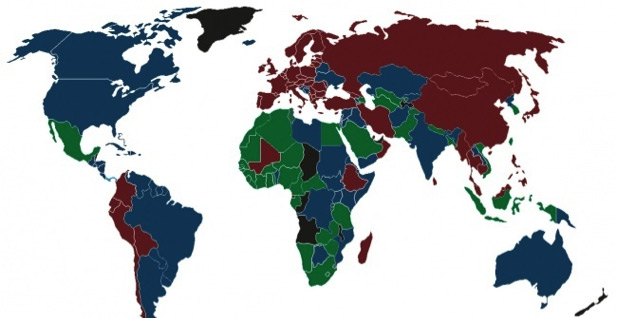