As we all know it is the most consumed – next to water – beverages in the world. But, this drink should be treated with care because there are some who metabolize it poorly.  On the other hand, it also provides health benefits to many people.

Caffeine, a key component of coffee, is actually a controversial compound; it reduces our rate of perceived exertion. People who are fond of drinking joe perform better on tests of reaction time, verbal memo and reasoning.

The coffee plant originated in East Africa. According to legend, a goat herder tried coffee cherries after he noticed his goats acting much more energetic after nibbling on the coffee bushes. The earliest evidence of coffee drinking occurred in the 15th century in Yemen. From Yemen, coffee quickly spread to Egypt and North Africa, and by the 16th century, it was being enjoyed by the rest of the Middle East, Persia, and Turkey and soon thereafter Italy and the rest of Europe.

There are two new studies recently published in the Annals of Internal Medicine that suggest coffee may help you live longer. But…isn’t it a little more complicated?

Researchers say there are some coffee’s risks that must not be taken for granted.

People clear the substance at different rates; the liver clears the broken down caffeine. Slow metabolizers don’t process it effectively, whereas fast metabolizers just get a boost in energy and alertness.

There is good news for fast metabolizers; caffeine and coffee might improve their health.

If you are a slow metabolizer of caffeine, reduce your consumption. In your case, coffee can do more harm than good, and this may explain why high coffee consumption has been associated with:

As a crop, it is less like corn or soy, and more like cacao or wine grapes. It’s typically grown and processed in smaller batches by smaller-scale farmers and producers. Variations in soil and climate, as well as later roasting and brewing technique, will change the taste and chemical makeup. It’s hard to standardize the exact chemical compounds in coffee from batch to batch. 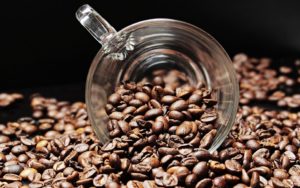 Its benefits, on the other hand, are astounding:

A compilation of studies found that consuming up to 550 mg of caffeine per day; or about five 8-oz cups does not cause dehydration in athletes or fitness enthusiasts.

In another review, researchers concluded that consuming caffeine-containing beverages as part of a normal lifestyle does not lead to fluid losses exceeding the volume of fluid consumed, nor is it associated with poor hydration status.

Coffee, and more specifically its caffeine content, provide many noted mental and physical performance benefits. Caffeine reduces our rate of perceived exertion, seems it doesn’t feel like we’re working as hard as we actually are. People who regularly drink coffee perform better on tests of reaction time, and verbal memory. Another study found that women over the age of 80 performed significantly better on tests of cognitive function if they had regularly consumed coffee over the course of their lifetimes.

Parkinson’s disease is a fatal and incurable brain disease that affects 1 percent to 2 percent of people over 65.  Amazingly, at least six studies have found that regular coffee drinkers are up to 80% less likely to develop Parkinson’s.

Researchers identified a gene called GRIN2A; it protected people who drank coffee from developing Parkinson’s. GRIN2A is linked to glutamate, a compound that is suspected of k*****g the brain cells that die off in Parkinson’s patients. Glutamate can be affected by another compound called adenosine, and coffee interferes with this process.

As far as neurodegenerative disorders is concern, Alzheimer’s disease is the most common form of dementia.  There is no cure for the disease, which gets progressively worse over time, and eventually leads to d***h. What separates the research on Alzheimer’s from most of the other information covered in this article is that it derived from directly controlled trials versus simple observation. Here, research indicates that people who drink about three cups of coffee a day show a marked reduction in cognitive impairment compared to non-drinkers.  Once you got up to four or more cups per day, though, the associated protection disappears. This protection was not seen with tea or decaf, so the benefit seems to be from the combination of the caffeine and some of coffee’s bioactive compounds.

Coffee actually outshines tea as anti- oxidants. In fact, the antioxidants in coffee may make up as much as 50-70% of the total antioxidant intake of the average American.

When it comes to the prostate, researchers recently found that men who drank the most at least 6 or more cups per day, were nearly 60% less likely to develop advanced prostate c****r than non-coffee drinkers.  Other research has shown that people who regularly consume two or more cups per day may have a 25% decreased risk of colon c****r. 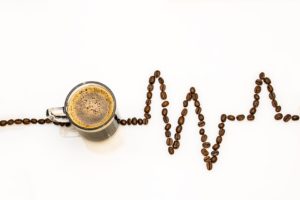 A recent study in The New England Journal of Medicine showed that drinking two to three cups of per day was associated with a 10% decreased risk of d***h for men at any age, and a 13% decreased risk of d***h for women at any age. In general, caffeine-drinkers were less likely to die from heart or respiratory disease, stroke, diabetes, injuries, accidents or infections.

One study examined more than 520,000 people in 10 European countries and found that people in the highest coffee-consumption group also had the lowest rate of mortality. Drinking coffee had a lowered risk of d***g from heart disease or stroke in women. Both male and female java drinkers also had a decreased risk of d***g from a digestive disease. 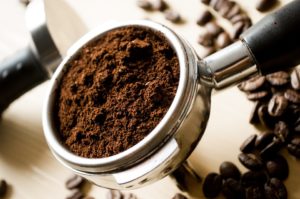 Of course, correlation does not equal causation. Meaning, we can’t say that drinking this beverage causes people to live longer — it’s just that, it is associated with living longer.

Coffee drinkers were less likely to die from heart disease, neurological diseases, Type 2 diabetes, and s*****e. A meta-analysis of 36 studies published in the journal Circulation in 2014 also found that people who drink three to five cups a day were at the lowest risk of developing heart disease. Still, we’re not able to say that coffee is what’s really causing people to live longer.

The researchers offer some explanations that drinking coffee may improve liver function and reduce inflammation; these are important factors when it comes to reducing your risk of developing c****r as well as heart disease.

So you can’t just rely on your three-cups-a-day to extend your life. But, sure, you might be able to count that as one of your daily habits that are associated with living a long and healthy life.

According to researchers, there are several factors that go into reducing your overall disease risk, including eating well, avoiding smoking, and exercising regularly.  Having too much caffeine can increase a person’s heart rate and possibly cause irregular heart activity that could be dangerous to those who already have heart problems. It can also cause hyperactivity, headaches, and agitation, as well as exacerbate acid reflux in people with digestive issues. The caffeine in coffee can also make some people feel light headed and dizzy; drinking a lot of coffee could dehydrate you.

According to some studies, moderate drinking of this magical drink is better and actually has healthy benefits. But, if it’s not your thing, that’s OK, too—it’s not the end.

Coffee’s not for everybody; and it’s not a magic bullet. Still, it seems to have significant health benefits for those who can tolerate it. This includes better athletic and mental performance, possibly lower rates of some types of c****r, neurodegenerative diseases, and Type 2 diabetes; possibly some prevention of premature mortality and cardiovascular disease. 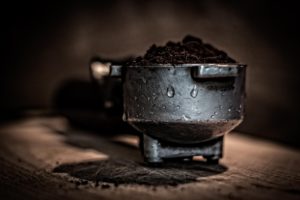 Most of the research is epidemiological. This means studies look at associations rather than cause and effect. Just because coffee is associated with particular risks and benefits, doesn’t necessarily mean that it causes all of these risks or benefits.

Just as with all food and nutrients, dosage matters. While some studies found that large intakes have significant benefits, other researches suggest that drinking much is counter-productive.

In general, we can conclude that drinking coffee is good. However, more might not be better, especially if you are a slow metabolizer. So, if caffeine is a normal part of your life, avoid it entirely.

These facts about coffee are not just amazing, it’s also very helpful! Now that you know these, you know how to position yourself when caffeine calls.