Isn’t it that some people get kind of frustrated when they think about getting a degree? That they are yearning to finish even just one degree because that’s all that it takes to prove to the world that you can finish something? Well, a man named Luciano Baietti, who was named the “more graduated man in the world” by the Guinness Book of World Records will definitely astound you.

Luciano Baietti is a 70-year old Italian who lives in the town of Velletri in the Alban Hills. According to an interview with him, everyday he wakes up at 3:00 AM in the morning to read his textbooks and he starts studying. Oh I’m sorry, I forgot to mention – he was named the “more graduated man” because he holds 15 (combination of bachelors or masters degree) degrees from universities across Italy – he is now on his way to his 16th. 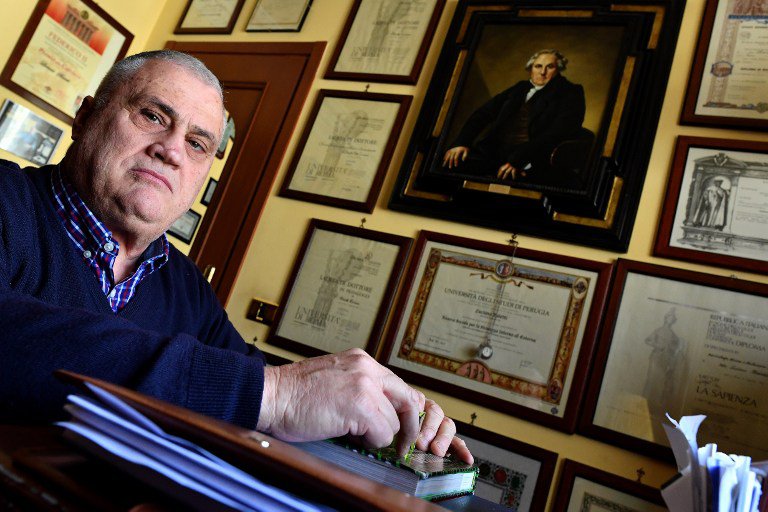 “Thanks to books, I feel free, dammit,” he tells AFP. “After all, the words share the same root,” he adds, referring to the Italian words libro (book) and libero (free). Louis –Francois Bertin, a French essayist, is his great influence for he has a portrait of him on his wall along with his certificates of excellence of his studies.

Not all of his degrees solely revolve around academics and the norm studies. He also has degrees in the fields of physicality and strategizing. “It was co-organized by the defense ministry and Turin University and dealt with sensitive subjects related to national security” he says. “We had to attend the exams in uniform,” he added while showing the regimental garb hanging in his wardrobe.

Some of his degrees are: Socioligy, Political Science, Literature, Law, and Philosophy which are most from Rome’s prestigious La Sapienza University. He has added another seven (7) into his list which includes masters in criminology, military strategies, and the latest in tourism from an online university in Naples.

He is now on his journey for his 16th degree which is Food and Science. Can you believe this amazing man? Now if he was your father, then you should be doing perfect on your studies – no not just good but PERFECT.