People who ride airplanes most of the time do not notice the importance of the seat belt sign. As a matter of fact, they tend to think that it’s just a general sign or thing. However, it has something deeper, much more symbolic meaning than just putting your seat belts on. Pilots send some messages using seat belt signs secretly. It’s just basic things but most people, especially those who don’t ride the plane that much, forget about it. 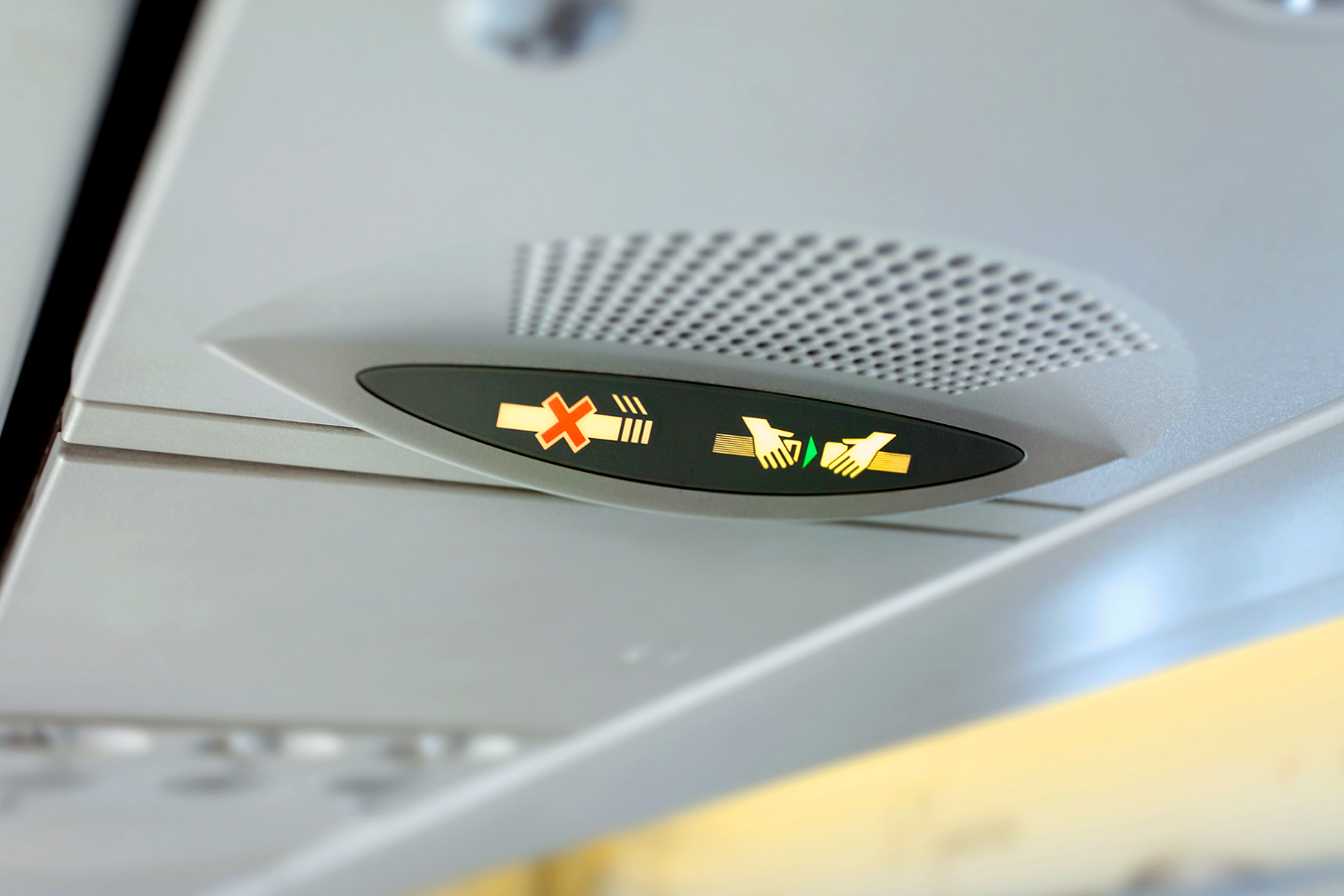 If it isn’t general or obvious enough, then you need to familiarize yourself with it. The seat belt sign is kind of an explanatory thing: you need to remain seated with the seat belt on. The moment that it’s turned off, it’s the sign that you already have the freedom to do things you need to do standing up like going to the restroom, stretching your legs out, etc.

Crew members are the ones who are literate when it comes to this. They know what other things this can mean and they know the pros and cons of doing some stuff in the plane.

So what probable reasons or secret messages do pilots send when they toggle the seat belt signs on airplanes?

This signal is one of the main obvious signs that pilots give. It’s a sign in which the pilot silently instructs everyone to remain seated because the plane is about to land and they need everyone to be behaved in their seats.

Read: If the Continental is a Bit Too Much For You, Here are U.S. Cities That Feel Like Europe

Laura Hutcheson, a previous flight attendant at Virgin Atlantic, says that it’s considered as the final sign of the captain to everyone, including the crew to take their seats.

It’s the final sign from the captain for the crew to take their seats.”

What about the cabin crew?

Well, not just because you’re told that you need to behave in your seats, doesn’t mean that the cabin or flight crew needs to as well. They have their own set of rules in dealing with this so don’t feel that they’re being unfair.

Fun fact: Two dings of the seat belt sign is secretly telling the crew to sit down because the plane is about to fly. That’s right, if you hear two (2) dings, it’s meant for their cabin crew.

The plane you are riding is currently parked

If you’re a frequent flyer, chances are, the flight or cabin crew member at some point told you to be seated until the plane reaches the terminal appropriately. If not, then you would experience this eventually.

What happens is that the captain will toggle and turn the seat belt sign off when the plane is fully parked. Meaning, it’s one because the plane has landed but is not yet available to be left. Hutchinson explains that this specifically doesn’t mean that the passengers should start standing up to prepare for their things.

Although the aircraft is at a standstill and passengers believe that it is safe to get up and start getting their bags, the aircraft could still move unexpectedly, which could result in passengers injuring themselves.”

So, when you see that the seat belt light is turned off after you land, that’s the time when you should stand up to prepare your things. Don’t get too fussy about it and consider other people who would do the same.

Read: Airport Mistakes You Need To STOP Before Flying Again

As you may have noticed, these things are pretty simple and basic. It’s not something that is out from the depths of the aircraft world but it’s something important every flyer should be aware of.

Now that you know these secret messages pilots send, you can apply it and spread the knowledge for you to be able to share to other people important aircraft etiquette that most people lack nowadays.